How to wear makeup over 50 – Lina Cameron Review

‘Older women don’t need specific makeup, what they need is good tuition on how to apply it’

I’ve made this statement many times and it’s made me unpopular in some circles.  There are great makeup ranges created for older women, Studio 10 is one of them, but I honestly do think older woman can wear the same makeup as younger women; they just need to apply it differently.

I’ve been wearing makeup for over 45 years!

Knowing how to apply makeup may seem elementary.  Especially if like me, you’ve been wearing it since secondary school, in my case that’s over 45 years.  Fashion and trends have changed and so have formulations.  We have more products available to us than ever before so, how do we learn how to make the most of them and ourselves.  YouTube is a great place for inspiration but what if you want one-to-one tuition?  The makeup counter is definitely not the place for unbiased advice.

Since starting Fighting Fifty, I’ve had makeup applied by several makeup artists for photoshoots.  The makeup looks great in photographs and terribly ageing in the flesh, the amount of product looks heavy and seems to accentuate the lines around my eyes.  I normally rush home and remove it as quickly as possible.  Less is more has been my go to mantra where makeup is concerned and especially since I’ve been in my fifties.  I just ramp up the amount of makeup for filming and occasionally for nights out but other than that I keep it simple.

With this in mind I was slightly apprehensive when I was invited to meet makeup artist Lina Cameron and experience a makeup lesson with her.  I was asked to wear my normal day makeup and to bring along the products I had used.  I arrived at Lina’s studio, situated close to Oxford Street and Marylebone, two of London’s most popular shopping areas, and was greeted by a woman who resembled a fairy tale princess.  Wearing the most gorgeous velvet dress, Lina apologised for not having time to apply her own makeup.  I would never have known her radiant skin and clear bright eyes showed a beauty that I later learnt radiated from within. 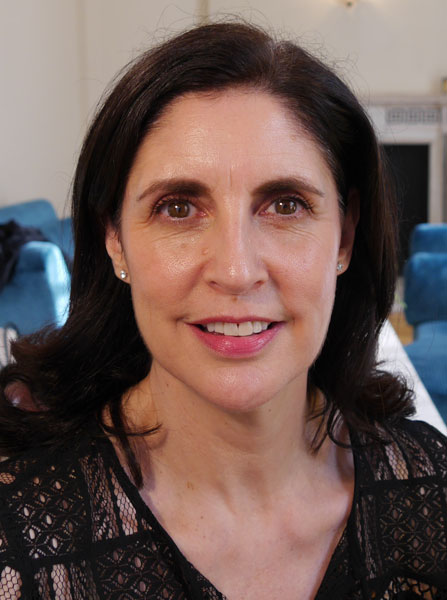 This is how I arrived for my lesson – the before shot!

A makeup lesson with Lina Cameron

Once I was settled in the light and peaceful studio, Lina said she liked how I had applied my makeup, instantly putting me at ease, she then asked me to show her the contents of my makeup bag.  I removed each item and placed them down in the order in which I would apply them.  This made Lina smile as she said she would do the same.  Rather than critique the contents, Lina chose which items she would use in my makeover and put them aside.  I was pleased that several made the grade.  I was then asked to take a seat in front of a mirror and Lina removed the makeup from one side of my face.  She explained that she would complete one side and I was to do the other.

Watching Lina start to apply makeup to my face made me realise that she sees a face in the same way an artist looks at a bank canvas, she carefully studies how light falls onto the face.  She then starts to recreate the effect with makeup, using a technique that lifts the face and draws the eye upwards, the opposite to the pull of gravity which anyone over fifty is experiencing.  For the next 30 minutes Lina enhanced my features with clever application of my own makeup as well as some carefully selected new products.

Once Lina had finished she lined the products up in the order in which I had to use them, when I look down at them I can’t remember ever using so many at one time!

We set up my phone so I could record the routine and have the video to refer to in the future.  I’m glad we did as there were many stages and I would never have remembered them all.  By copying the master you soon pick up the techniques and thankfully Lina is on hand to answer your questions and put you straight when you go wrong. 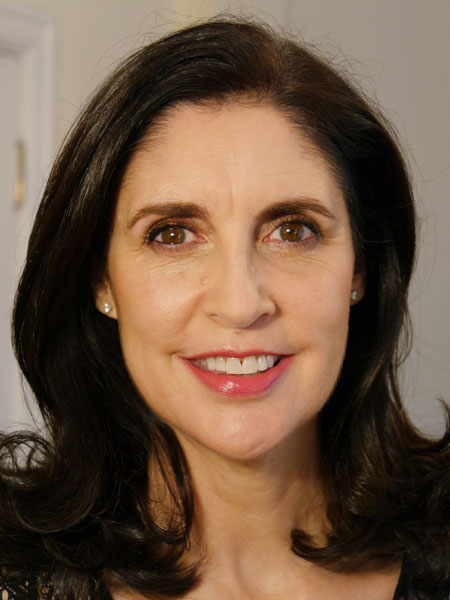 The after shot! Lina completed one half of my face and I completed the other – can you tell which is which?

What surprised me most about the makeover with Lina was that my face looked lifted as if I had a facial, my eyes looked wider open and although I was wearing a lot more makeup than I usually do, I didn’t look overdone.  On the contrary, my makeup still looked natural and fresh.  Lina taught me techniques that I had never seen before; she explained how to accentuate the best areas of my face while drawing attention away from the areas I’m less fond of.  Any fears I may had about wearing too much makeup were put aside as I felt confident and more attractive than I did without it.  Lina had incorporated some of my own makeup and made suggestions of products to add to my kit.  I came away with a comprehensive chart showing me exactly which products to apply where as well as the video of me applying the makeup. 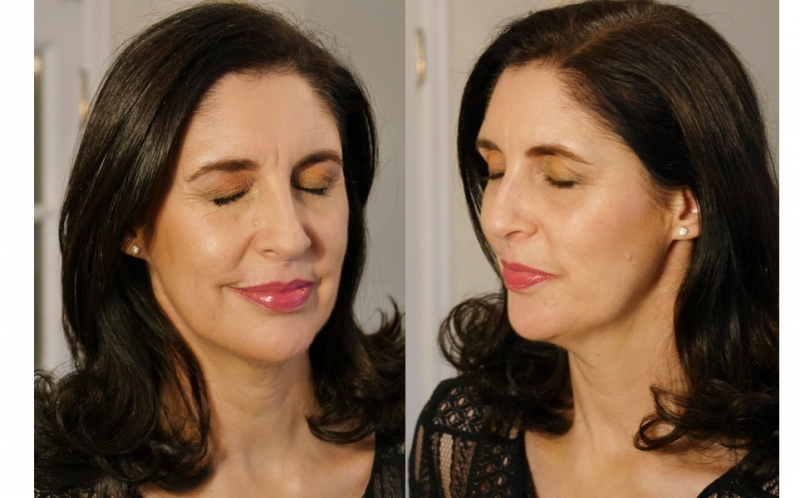 Looking from both sides after my makeover

Why have makeup lessons with Lina Cameron? 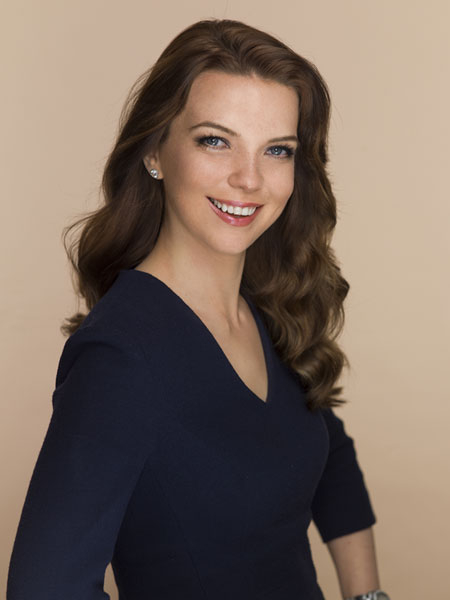 If you are looking for good honest advice on how to wear makeup now you’re over 50, Lina Cameron is the perfect person to teach you, and advise on which products to buy.  Lina’s serene beauty and calm personality instantly puts you at ease and she is never judgemental, she want’s everyone who visits her to look and feel their best and to get the most out of their time with her.  Since my lesson with Lina I have bought several of the products she recommended and although parred down the routine, I have used the techniques she taught me and have recreated the effect every day since.

Find out more about the products Lina recommended here

A 2 hour 15 minutes Day Look and Back to Basics Makeup Lesson with Lina Cameron costs £450 and a Day to Evening Lesson lasting 2 hours 30 minutes is £499.  Vouchers are available making this the perfect 50th birthday gift!

Profhilo – everything you need to know!