I have had a real taste of life as a disabled person, and now know how difficult and frustrating it is, how you feel like a burden to others and how life seems to be going by at a much faster pace than you.

I’ve gone from a plaster cast to a fiberglass one, moved into a boot and started physiotherapy.  During the past six weeks I have spoken at the Marks and Spencer Beauty Conference, where for four days I found out the hard way just how difficult it is walking on crutches.  It’s exhausting, and at the end of the first week every bit of my body ached.  I was going up and down the stairs at home on my bottom as I was so worried about falling and breaking a hip, as if a broken ankle wasn’t enough.

Until this time I hadn’t fully understood how much energy the body puts into repairing a broken bone, I had to increase my calorie intake although by comparison to my usual routine I was barely moving, and the least amount of exertion left me feeling exhausted.

During my recovery period Charlotte graduated for the second time, this time with the Open University, receiving her Masters in Criminal Psychology.  We travelled to Manchester for the ceremony which was inspiring to see so many students who had studied entirely under their own steam, most while working full time, some with disabilities, and one remarkable woman who studied while bringing up six children!

It was in this busy environment that it really hit home to me how fast everyone seems to be moving when you are disabled, you feel so awkward, in the way, and dependant on others.  It’s given me an insight into how life will be when I’m older and can no longer keep up with younger people. 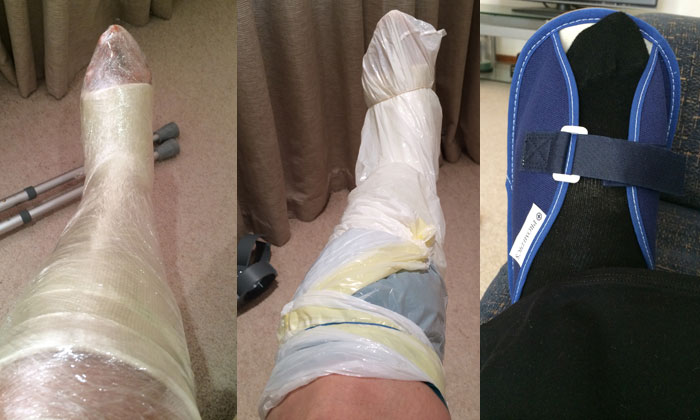 Everyday life isn’t easy when you can make yourself a cup of tea but you can’t carry it anywhere because you need crutches to move about.  Taking a shower becomes a full scale operation, wrapping your leg in cling film, using an exercise band, plastic bag and elastic bands just to stop the water pouring down your cast.  It made me realise just how many things I do every day that I just take for granted.

Once the cast was removed and I went into a boot life resumed some sort of normality.  I must admit I took the boot off to drive to the supermarket, putting it back on to do the shopping as I was just so frustrated relying on everyone else to do things for me, the freedom of leaving the house on my own was fantastic. 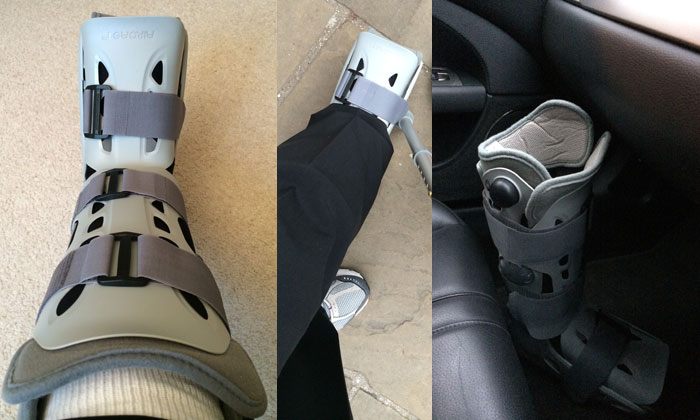 I’ve learnt a lot from this experience and it’s one I hope I don’t have to go through again.  Maybe it will make me more compassionate, have a greater insight into the difficulties of ageing, and at times make me slow down and live in the moment, rather than constantly chasing the next deadline.

Maybe this was a lucky break after all