How She Does It – Karen Davis

We asked Karen Davis, Founder of TOYL, best-selling author, blogger, and broadcaster, just how does she do it?

Karen Davis is the Founder of TOYL, Time Of Your Life, a subscription box aimed at women in midlife. She is a broadcaster and bestselling author. Working for over twenty-five years in beauty and fitness PR has given Karen a unique understanding of the products we all need to keep feeling and looking well in later life.

Like so many of us, Karen found her life at fifty to be less fulfilling and with the children gone, and exhausted from the years of juggling career and family as well as caring for ageing parents, Karen realised she wasn’t the only one struggling in midlife.

After writing the best-selling book The Time of Your Life, Karen has become an award-winning beauty blogger, prime time presenter on Wellbeing Radio and has launched the TOYL subscription box.

Although Karen and I have only met fairly recently, we have had so much fun recording a podcast and recently a Zoom video during lockdown, talking about the joys of the Curly Girl Method. Karen and I share a desire to make sure women in midlife and beyond are well represented in the media and in society. 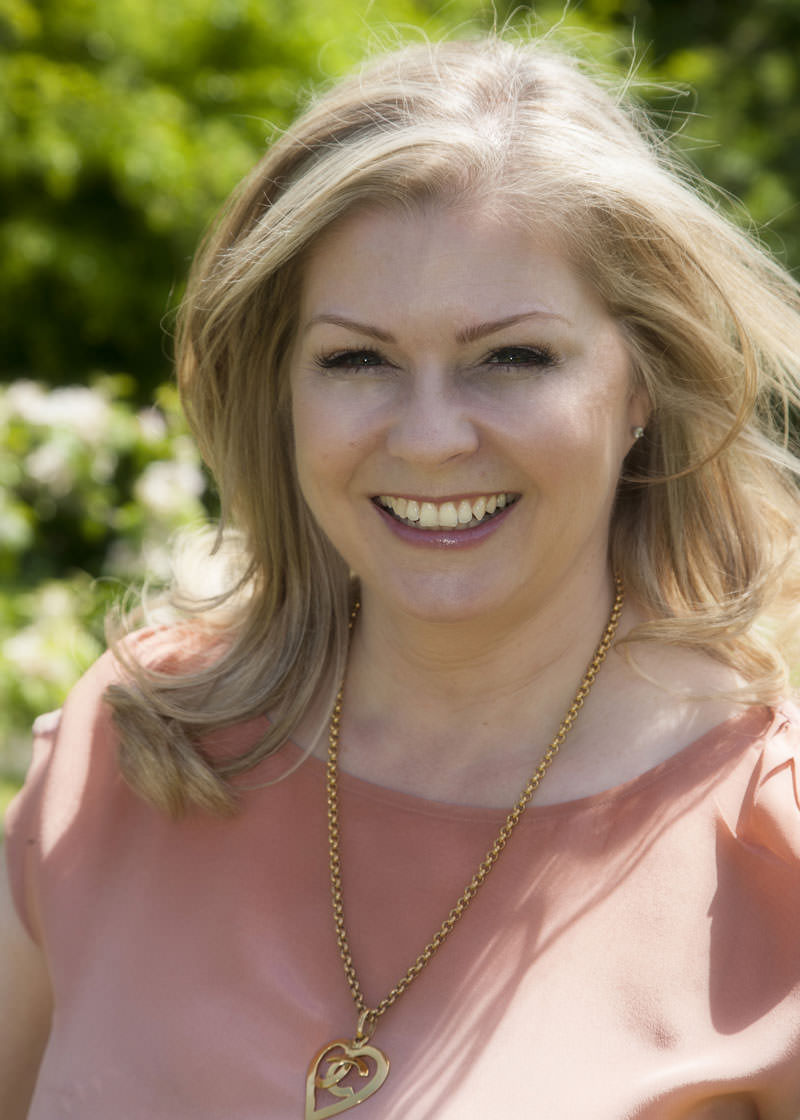 This is how Karen Davis does it!

Founder of Time of Your Life Beauty Subscription Box

Three products every woman should own

Well, I focus on midlife women so I’ll talk about what they should own!
1. Jane Scrivner Organic Skincare, particularly her Circadian Vit C Serum
2. Dyson Sonic Hair Dryer* – I know, the cost is horrendous but worth it.
3. A volunteer badge. Every midlife woman should do some volunteer work every month – the benefits to everyone and our world are just so profound.

My signature style is

Tee shirt and jeans, tee-shirt and shorts. Slides as well, if I’m being honest. It’s terrible. I love beauty, but I have absolutely no sense of style at all. If I see an outfit online or in a shop window, I buy the whole thing, because then I know it goes together and I won’t look a shower. Otherwise, I can’t be trusted in clothing shops (unless they’re selling jeans and tee-shirts).

LED Face Mask
I’ve always preferred salon treatments that work to salon treatments that are sensory, but these days home devices are so good that with a bit of an investment you can save yourself hours travelling to and being in a clinic. Likewise, for an upfront price, you can have the treatments on tap, rather than when you can afford a course of them. Personally, I love the shock it gives my husband when he walks in on mask time – hilarious, but I bet he’ll be using it before long!

Outside
Preferably sunny day down at West Witterings beach followed by a meal at the Crown and Anchor pub in Dell Quay, Chichester. In the woods, in the garden, anywhere outside is immensely healing, levelling and no one judges my jeans and tee shirts adversely. It is my go-to place.

Biggest myth about getting older

That you can’t
I’m halfway through the NHS Couch to 5k app and, to be honest, I never thought I would run again in my lifetime. That’s a terrible thing to think so during Lockdown I started the NHS app. I see people my age retiring and I see people my age starting new careers, it’s all in your mind and you can do whatever you tell yourself you can do. Of course, then you’ve got to do it and I can’t lie, running is horrible at my age, everything feels lumpy or leaden, but I am, absolutely running (of a sort…). Mick Jagger’s just released a new single, Meghan and Harry have just taken on a 70-year-old Personal Aide and I wrote a book last year – it’s all about wanting it enough.

Oprah
I know she’s a cliché but my goodness what a lifetime of achievement, kindness, activation, and the work has she had? She has donated millions to charities and formed her own to help girls receive an education. When she interviews people, she’s kind and she’s not just interested in one type of person. She is a true Icon in every sense of the word.

Also, Madeline Albright (first female United States Secretary of State in U.S. history) for coming up with one of my favourite quotes “There’s a special place in hell for women who don’t help other women”. 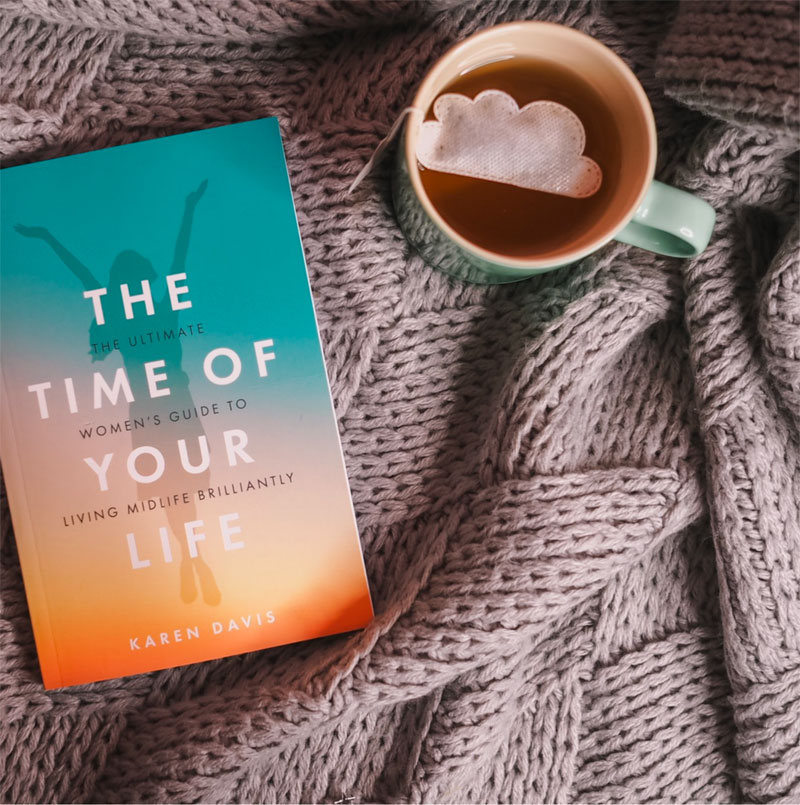 Karen’s book The Time Of Your Life is an Amazon bestseller!

Trend that should come back

Volunteering
It’s not so much of a trend, but I don’t see many people doing it these days. I don’t know where to start on the benefits of this, but every midlife woman should volunteer a few hours a month and here’s just a few reasons why. First, who has masses of experience, empathy, understanding of the world and ability to handle so many different people? Midlife women. Second, the British Medical Journal says that there are no discernible mental health benefits to volunteering for the volunteer until you are 40 or over. Third, society is becoming more fragmented during lockdown and we need to pull together as one. Midlife women are perfectly placed to help society do this. I could go on, but volunteering needs to become sexy and something that everyone does, without even thinking about it.

Perms
At a Christmas party one year we all had to bring the worst ever photo of ourselves to be judged. Mine was of me with a perm and there are still people out there scarred by having seen the photo. Clearly, I won, but that group of friends has never met again. Enough said.

How do you relax

What is this word?
Mostly, I switch up the job in hand so that I don’t do the same thing for too long. I love my podcasts and guests, that’s great fun, but I also love reading, writing, volunteer work and pottering in the garden. I’ve got to be honest I’m not great in the garden – I’ve just killed a load of lavender as it was about to flower. Other talents, I think the phrase is. 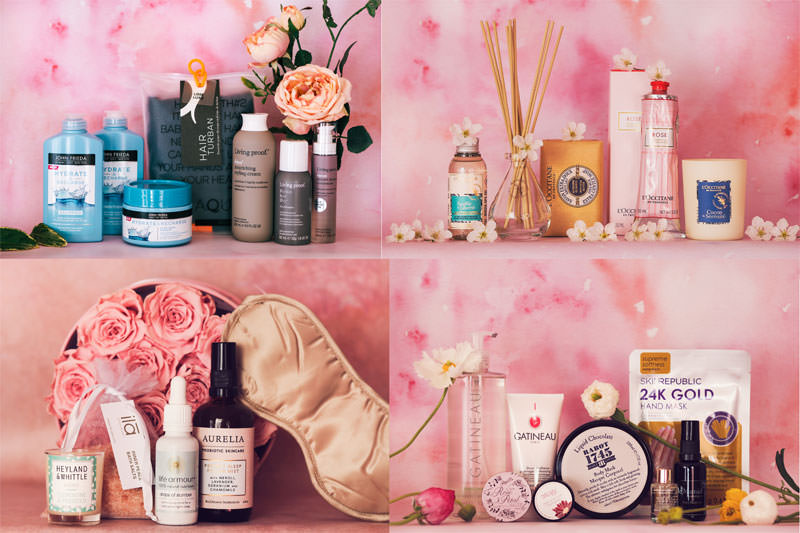 Accomplishment you are most proud of

Workwise, my book. I never thought I would be a published author let alone an Amazon #1 Best Selling Author. I live in the same village as John Galsworthy who wrote The Forsyte Saga did. I made a great show of telling everyone that he’d never been an Amazon #1 best-selling author, unlike me, until someone pointed out that he had, in fact, won the Nobel prize for literature. That shut me up.

In all seriousness, my book, Time of Your Life, was written after I’d had a horrible time in my early fifties feeling that life was over. It coincided with the menopause, my sons leaving home and a career crisis, a perfect storm really. When I came out of that depression, I wrote the book so that others would have my version of a roadmap forward in midlife that might help them.

Everything the TOYL beauty subscription box does is based on that experience and so the book is kind of the “mantra” of how I put each month’s box together so that they are a positive part of any midlife woman’s life.

Otherwise, my sons. When I was a young mum, I was a horrible tiger mum but as they got older and I saw what sometimes tragically happened to really decent friend’s children I realised I’d got it horribly wrong. I’d misunderstood and actually, a result should be interpreted as children not being on drugs, not having the Police at your door and no one getting anyone pregnant at an unsuitable age. Never mind GCSE’s, or A levels, or degrees these things don’t fundamentally matter – that they are okay in this world is all that is required and should be viewed as an absolute result.

Beauty tip your mother taught you

This is tricky as we didn’t really have the kind of money to spend on beauty when we were young, so mum’s major spend was a new lipstick every year and a regular pot of Atrixo hand cream. Dad cut our hair at home with the old Sellotape on the fringe, Mum would attempt to manicure our hands, but I just wasn’t into it then. She did buy me a Boots No17 Orange Blossom skincare set of cleanse/tone/moisturise when I was fourteen so that’s a pretty good habit to have passed on. What had a real influence was landing a job on the cosmetics counter at Boots at the age of fifteen. I had interviewed just as a Saturday girl, but sheer luck got me onto the cosmetic counter and that was it. Hooked.

I don’t leave home without

Spare knickers
It’s such an uninspiring choice, but there you are. It’s a hangover from menopause days when you just weren’t sure if there was going to be a party in your pants that day so all tools had to be at hand. These days I could use them as a face mask, one leg hole over each ear.

Frazzles
There’s so much wrong with these that I don’t even know where to start, but I can’t lie, it’s Frazzles and not an Avocado smoothie.

Always in my fridge

Double Cream
We watch James Martin on Saturdays and he made a batch of butter with double cream look immensely easy to do. It is. Charlie, the farmer over the road sells us his double cream in 2 litre bottles so it’s pretty much always on the go as we gift it to others in the village to attempt to get over the John Galsworthy comments.

Product that should be invented

Something to stop the hideous mess that takes place when the cream turns into butter at high speed and separates from the Buttermilk, making the liquid bit fly everywhere. Currently, we all use a tea towel held over the machine and bowl, but this is highly unsatisfactory and if you’ve ever made butter you’ll understand!

Perfume named after you would be called

I actually have a fragrance named after me! Floris created one for me called No49. To be honest, anyone can have one created if you pay them to do it and it is a really beautiful experience.

Both and this is really unusual. I never see my spinning classmates in yoga, but I do see them in the gym and I never see the Yoga-ites hauling the weights. I do not understand why as both have so much to offer women in midlife.

Secret to life after 50

The secret is there is no secret
It’s same old. Work hard. Spend wisely. Be kind. Lift your vision. Be Ambitious for yourself. Learn. Adapt. Do not get fixed in your ways or you will be a right bore in old age, never mind midlife.