What to make with store cupboard essentials and ingredients

You can create nutritious meals using the minimum of ingredients, Rob Hobson explains how

A trip to local supermarket during lockdown is not the same experience it used to be. Not only has it become a health hazard but many of the foods we are used to including in our weekly shop are not always available. Despite this, it’s still very easy to maintain a healthy balanced diet even in the absence of fresh ingredients.

What are some of the essential store cupboard ingredients?

Many store cupboard foods can be used to create simple nutritious dishes. These foods include canned beans, pulses, lentils, fish and fruit as well as dried goods such as grains and pasta. Jarred goods such as pesto and ready-made sauces also provide a good base for dishes and dried herbs and spices can turn the simplest of dishes into something quite special.

If you fall short of certain key basics, then there are alternatives which come in the form of dried foods. These are just a few useful examples. 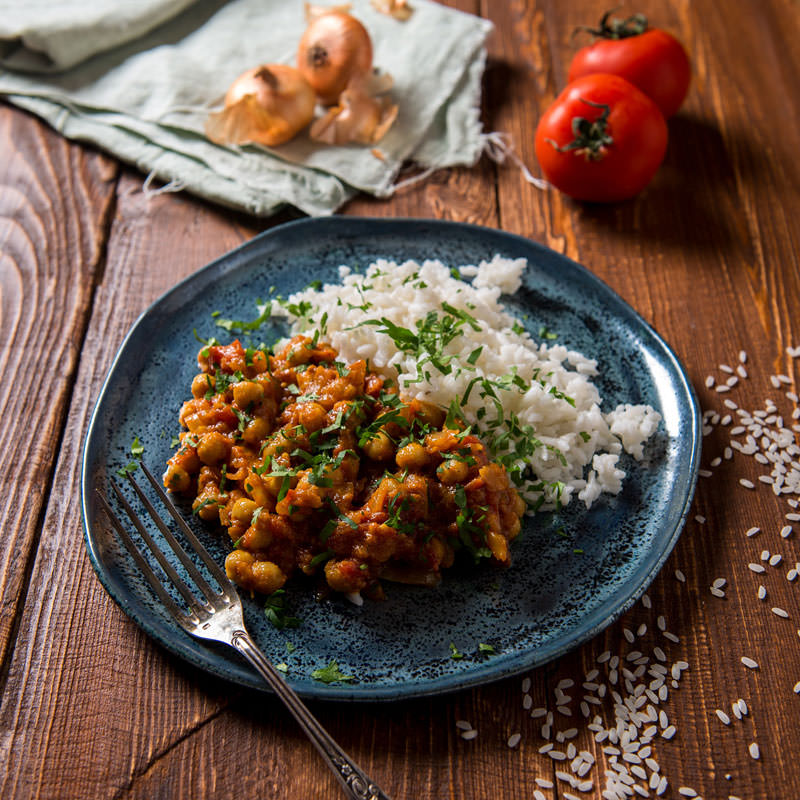 These are my top choice store cupboard ingredients that I make sure I keep in stock to create simple nutritious meals.

This high protein food is also a source of iron, selenium, zinc and vitamins B6 and B12.

You can add canned tuna to other store cupboard foods like jarred tomato sauce, olives and capers to make a tasty pasta dish. Canned tuna is also great in a dish with cannellini beans, dried oregano, olive oil, lemon juice (bottled is fine) and staple veggies including onion and new potatoes (roasted). You can also use canned tuna as a topping for dark rye crackers alongside sauces such as pesto or sriracha. 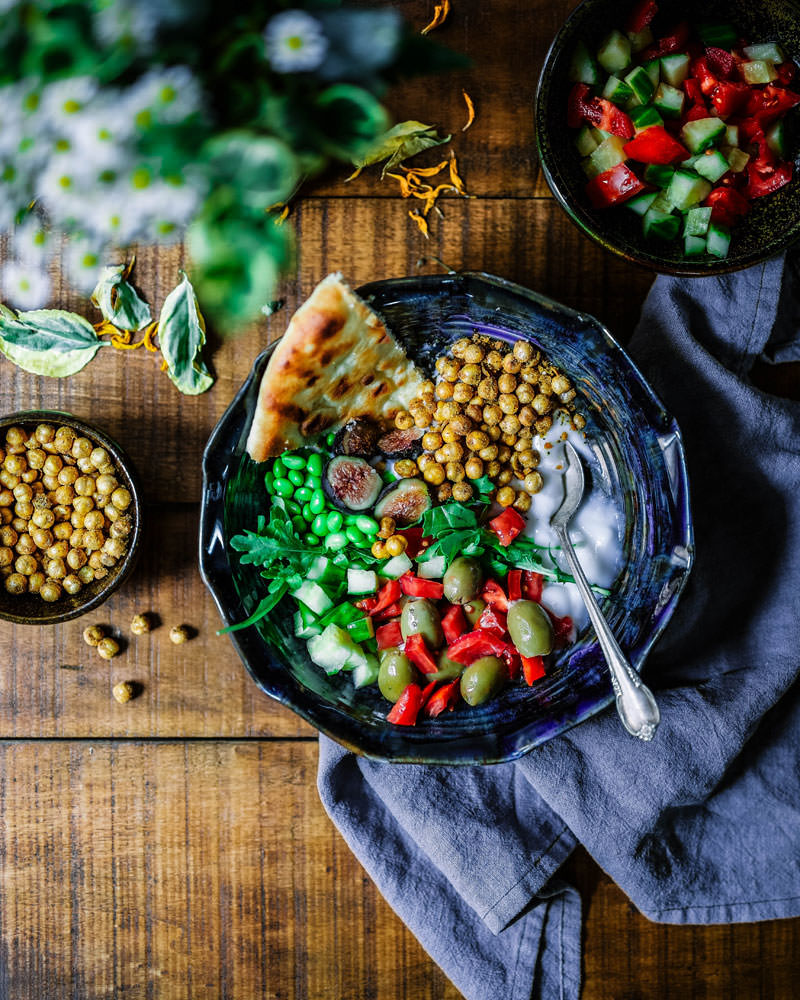 These nutritious legumes are rich in fibre, protein and other nutrients including calcium, magnesium, zinc and iron.

Canned chickpeas work really well with spices such as smoked paprika or curry powder and can be roasted to make a healthy snack. You can also make tasty plant-based stews and soups using stock, canned tomatoes, dried spices, canned sweetcorn, onions and garlic. Curries are also good with the addition of coconut milk, dried spices and frozen vegetables such as spinach, cauliflower and peas. Canned chickpeas can also be used to make homemade hummus with other store cupboard ingredients including tahini, lemon juice (bottled), olive oil and garlic powder.

While they may lack the same amount of nutrients found in fresh or frozen varieties, canned fruits still provide a little vitamin C and certain minerals such as iron. Canned fruits especially berries also offer antioxidant phytonutrients that help to protect the body from disease.

Canned fruits are really versatile and can be used to make healthy puddings such as crumbles. These fruits also make really tasty compotes with the addition of spices such as ground ginger or cinnamon (jarred stem ginger also works really well). Canned fruits are also a useful ingredient in smoothies which can be made with plant-based milks (available as ambient store cupboard), oats and spices such as nutmeg and cinnamon.

This wholegrain is rich in fibre, protein and other key nutrients including iron, magnesium, zinc and vitamin B6.

Oats can be used to make healthy snack bars by combining them with dried fruits, nuts, seeds and honey. The same method can be used to make granola which is a healthy topping for yoghurt (try making with coconut oil and coconut flakes). Oats can also be added to smoothies or soaked in apple juice and plant-based milks (ambient store-cupboard) with dried fruit and spices to make a healthy breakfast option. If you’re really keen, then you can also explore making your own homemade oat milk.

Everyone should learn how to make the most of dried spices. These ingredients offer a valuable source of minerals including iron and many have been shown to have anti-inflammatory properties that may benefit health.

Dried spices can transform a simple store cupboard meal and work particularly well with canned beans, pulses and lentils. You can also add dried spices such as smoked paprika or chilli powder to foods such as jarred tomato sauce to create a different flavour. Sweet spices such as cinnamon, nutmeg and ginger work well with puddings and smoothies.

If you’re not sure how to use spices, then start with blends such as curry or chilli powder. Other spices that are quite simple to use are smoked paprika (works well with tomato-based dishes) or cumin, coriander and turmeric which work well with curries.

Jarred artichoke hearts are versatile and can be used interchangeably with a vast array of meals. Either used as a basis for dishes like pies or frittatas, or they can be thrown into a salad or simply used to dress a pizza. They are also nutritious providing fibre, vitamin K, and folate, plus they are a source of vitamin C and magnesium, manganese and potassium.

A shortage of fresh ingredients doesn’t mean you have to compromise on your nutritional intake. With an understanding of how to make the most of store cupboard essentials such as dried, jarred and canned foods you can easily create wonderful dishes to keep you well nourished.

How to cope with Menopause Remote Retreat with Nutritionist, Karen Newby

View Open
In 2011, before I had even launched Fighting Fifty

View Open
I think I can safely say, my hair is silver on the