The Father is a film adaptation of Florian Zeller’s stage play, Le Père, with award winning performances from Anthony Hopkins and Olivia Colman. 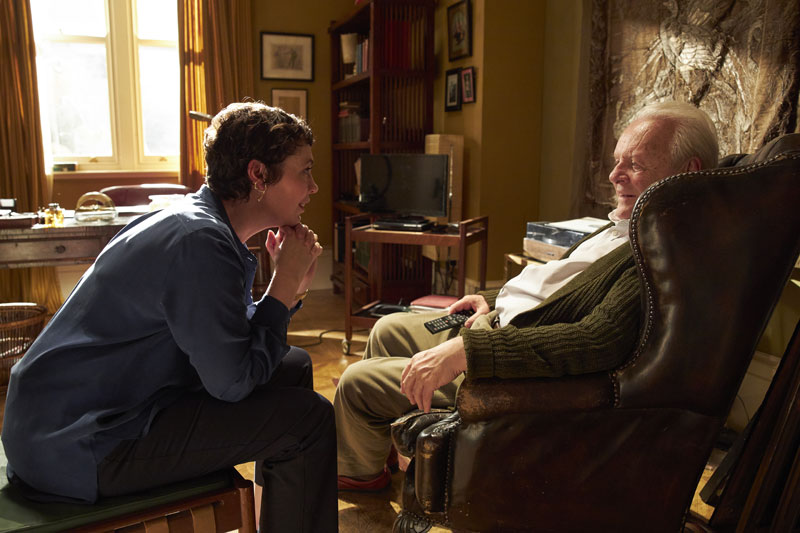 Anthony Hopkins and Olivia Colman star in The Father

My own Father has Parkinson’s Dementia. His mind often becomes muddled. Times and places, even faces and family become transposed. His memory plays tricks on him and what has happened in the past, feels like the present to him. I’ve never fully understood or appreciated his condition, until now.

Anthony Hopkins, playing his namesake, is a fiercely independent man in his 80s. The opening scene shows him resisting having another carer, as suggested by his daughter, Anne, played by Olivia Colman. He wants to live independently in the home he has cherished for over 30 years.

The film carefully illustrates the father, daughter relationship after the responsibility and duty of care shifts. As much as Anne tries to protect her father, he resists it, insisting he can take care of himself. It’s a scenario played out by so many families facing the responsibility of an ageing parent.

As the film progresses, so does Anthony’s ability to keep track of his mind, he is aware “there is something going on” but unable to identify his own mental health deterioration.

The reality of caring for a person with a mental health condition becomes evident, as does the way in which the mind becomes muddled. How times, places and people become displaced and how memories become blurred and can feel more like the present than the past. It’s a condition I am all too aware of.

Co-writer and director, Florian Zeller, who originally wrote Le Père for the stage, has cleverly entwined his characters and their lives. And it’s not until the end do you really appreciate quite what a masterpiece this film is.

The outstanding performances by both award winning actors, Hopkins and Colman, are supported by Imogen Roots playing Laura and Rufus Sewell as Paul, Anne’s partner. It’s not surprising the film has won two Oscars, BAFTA’s and Golden Globes.

I had expected the film to be sentimental, sad, and to bring tears, as the scenario is so close to home, but the film shows such empathy and understanding that it isn’t sentimental in the least. The Father is educational in as much as it gives you an insight into the mind of a person with progressive dementia. A man aware that “strange things are going on” but unaware this is happening in his mind. 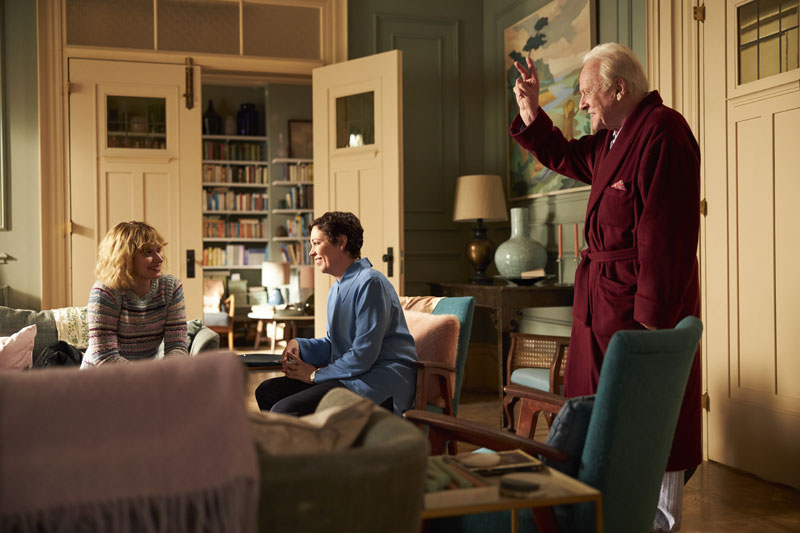 The Father brought home to me how the brain changes with dementia, how simple tasks become a burden and how vulnerable we become when living with this condition. But it has given me a greater understanding of declining mental health.

The Father is a film that lives with you after viewing, it’s warm and kind and emotional without being sentimental. It depicts dementia with respect and isn’t respect what we all want as we get older.

The Father – a film not to be missed!

View Open
#PressSample Sun’s out, SPF on! But don’t forg

View Open
My Father has Parkinson’s Dementia. His mind oft