Be prepared to fall in love with cycling again!

Do you remember the fun and excitement of owning your first bike, the feeling of independence, liberation and freedom?  Prepare to feel this all over again with the Gtech City Bike.

My first bicycle, the iconic small wheeled Moulton, was designed by Dr Alex Moulton in the early 1960s.  This was replaced in the 70s by the equally modern Raleigh Chopper.  These design led bikes gave me my first taste of the open road.

Although I had a bicycle when the children were younger, the truth is it covered more miles when Stewart rode it home from Halfords than it ever did with me in the saddle.  I hadn’t ridden a bike for years until last summer when we took part in Ride London.  We rented Santander Bikes and joined the 8 mile closed circuit.  When there are only other cyclists to contend with, and without cars and lorries, sightseeing London by bike is so much fun.  So much so, that it gave me a desire for another bike.

I live practically at the highest point of London, wherever you turn there’s a hill, which makes cycling a challenge.  So when I was offered the chance of reviewing the Gtech City Electric Bike it sounded like the perfect solution to exercising without the fear of having to push the bike home! 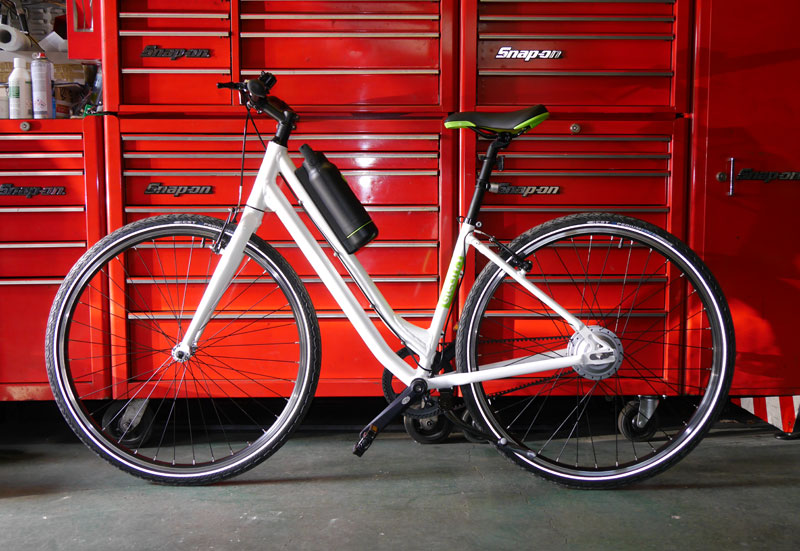 Gtech are super-efficient at booking the delivery of your electric bike, you are constantly updated on your delivery date and time.  Be prepared, when the bike arrives it’s in a huge box.  It comes fully assembled and apart from charging the battery and adjusting the saddle height, it’s ready to go.  You must remember that if you have the bike on trial you need to keep all the packaging so have somewhere dry to store the box.  Opening the box and wheeling out the bike is like Christmas morning, there’s nothing quite like a shiny new bike and the Gtech really does shine. 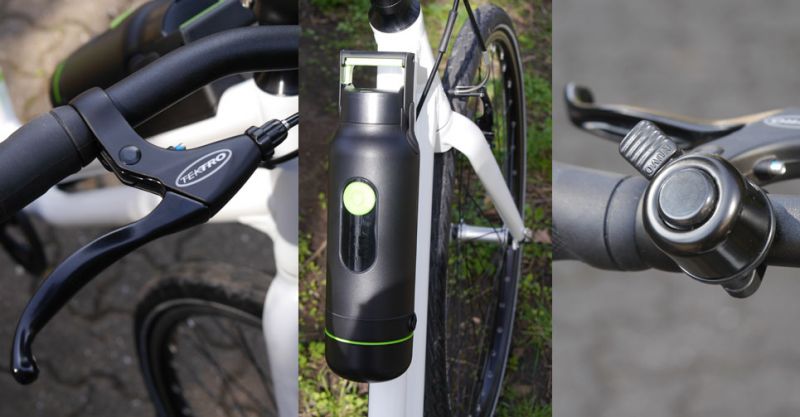 The Gtech City Bike is powered by a lithium-ion battery which is cleverly disguised to look like a water bottle.  Its 17-inch step through frame, reminiscent of a traditional women’s bike, is made from aviation grade rust resistant aluminium, the same material used to build aircraft.  This makes it robust but still lightweight which is important when you add a motor and battery to the overall weight of the bike.  Weighing in at 16kg, the Gtech City eBike feels quite heavy compared to a racing cycle but not much heavier than a mountain bike.

What powers the Gtech City eBike?

Using the same technology as electric cars, the Gtech City eBike has a lightweight high performance battery which can give a range up to 30 miles.  The battery has a clear LED display showing the level of charge and can be removed from the bike to be charged anywhere in the home or garage.  The 1.4kg battery can be charged from flat in as little as 3 hours.  You can also purchase additional batteries if you are keen to make longer journeys.

How does the Gtech motor work?

Incorporated in the rear wheel is the high torque 36v motor which offers two cruising speeds that can be activated by a button on the front of the battery.  You can also turn the battery off to conserve power or challenge yourself by riding the Gtech City eBike as you would a conventional bike. 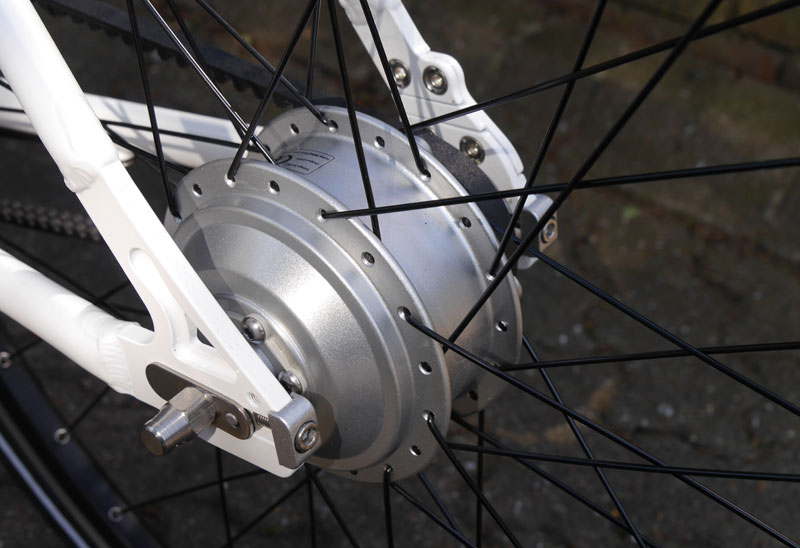 Cleverly, the City bike’s computer monitors your pedalling and seamlessly increases the power when you need it most.  As you climb a hill you still need to put in some effort but the bike takes the strain. 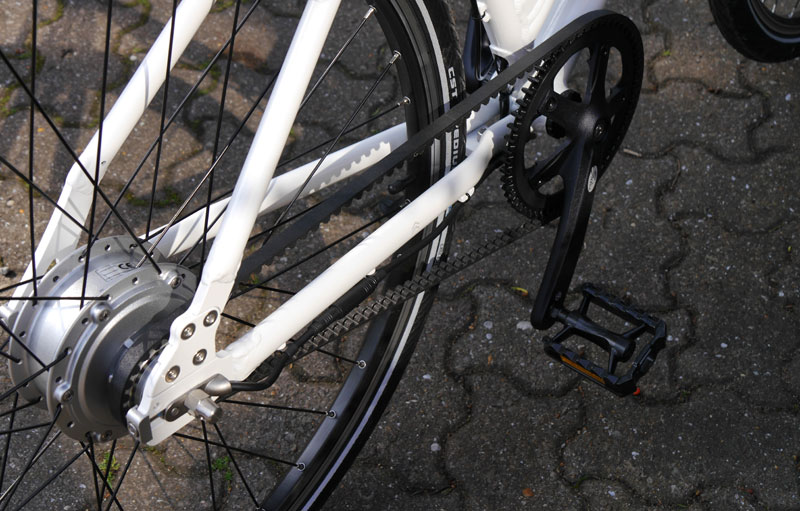 The motor drives a carbon belt rather than a chain which means you have grease free cycling.  And the Gtech City eBike doesn’t rely on gears so you can pay full attention to road conditions and traffic.  In fact riding a Gtech bike feels like you’re always in the right gear, something I never seemed to achieve with my previous bikes.

What does it feel like riding the Gtech City Electric Bike? 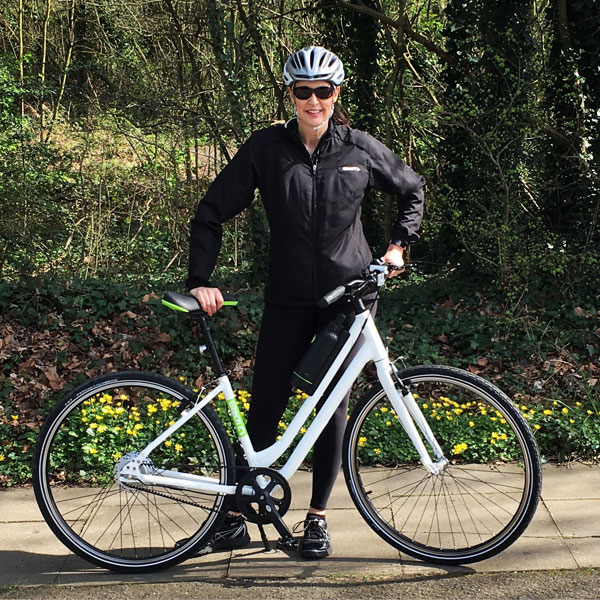 The first thing you notice about the Gtech eBike is how seamless it is when you start to peddle, it’s as if the bike glides forward.  This makes moving away from traffic lights or pulling out of junctions much safer so you quickly have distance between you and the cars behind you, making it easier to be noticed.

On the flat the Gtech City eBike feels quite similar to a conventional bike, with my daughter behind me on a mountain bike we appeared to be making the same effort, but once you approach a hill you quickly see the difference.  Although you increase your effort, the motor comes in and propels you forward; the gap between you and your companion becomes wider in a very short space of time.

The City eBike feels sturdy and stable and I found the riding position very comfortable.  The saddle can be quickly adjusted and the front wheel has a quick release lever if you need to transport the bike in the car or on a roof rack.

I never imagined just how much I would love riding an electric bike. I thought it would be fun, which it is but in fact it’s far more practical than I thought.  The Gtech City eBike coped across heathland and gravel paths as well as it did roads.  The ride is stable and feels balanced, and the motor is smooth and practically silent.

Who is the Gtech City eBike suitable for?

If you haven’t ridden a bike for years you’ll find that an electric bike is an ideal option.  Using the motor only when you need it most will help to improve your fitness levels.  And for the keen cyclist, with a top speed of 15 mph the Gtech is sufficiently powerful enough to give you an exhilarating ride.

Much like an automatic car, the Gtech allows you to concentrate on the road ahead without the need to change gear.  The electric motor makes navigating busy junctions and traffic lights a lot easier which is an advantage if you are not an experienced cyclist.

Gtech accessories for the City eBike 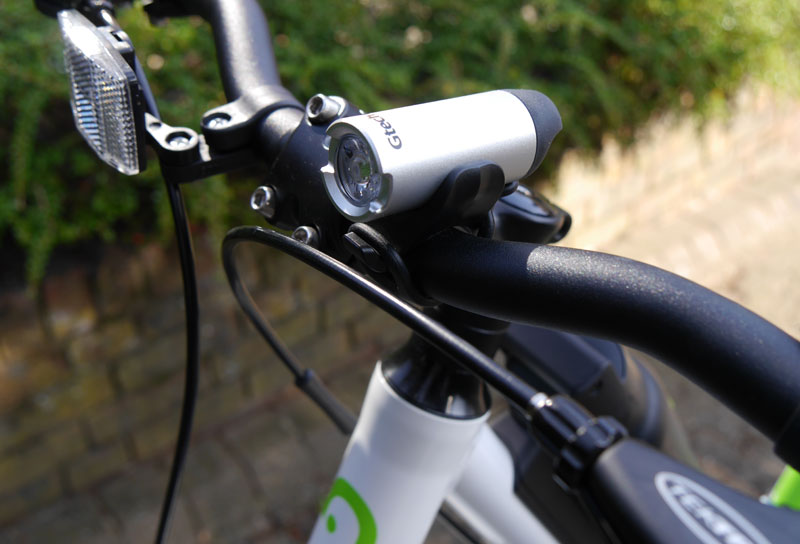 I purchased the front and rear lights for the City bike, they are beautifully designed and the white front light is charged by a USB cable, and the red rear light uses a button battery.  The lights are simple to fit and can be easily removed to recharge.  I also fitted the bike kickstand which attaches to the frame keeping the bike safe when not in use.  I would also highly recommend that you purchase a suitable cycling helmet. 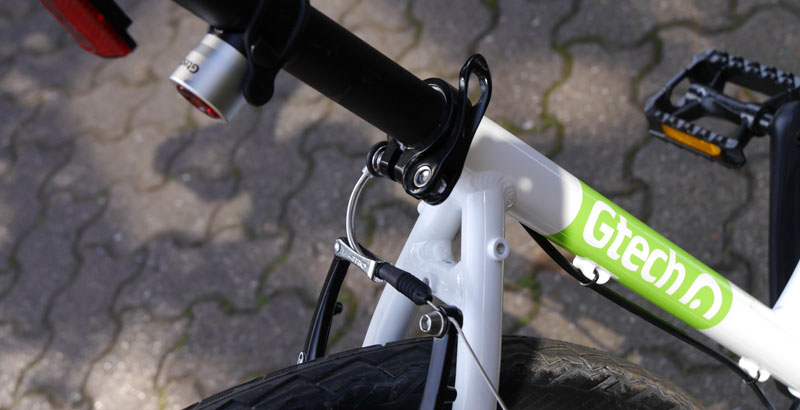 PedalSure offer a comprehensive range of insurance packages for you and your bike, a worthwhile investment if you are going to be using your bike on a regular basis.

What does the Gtech City eBike cost and where can I get one?

If you prefer a sports frame, the Gtech Sports eBike with a 20 inch cross bar frame, sports saddle and dynamic riding position might be more suitable.  And if you are planning on riding your bike off road then the Gtech Mountain eBike is the one for you.

You can order the Gtech City eBike directly from Gtech and enjoy a 14 day home trial.

Gtech supplied the City eBike for this review

Exercises for Mobility Over 50

Could Whole Body Vibration be the best way to exercise over 50?

Realistic New Year Resolutions you can actually stick to 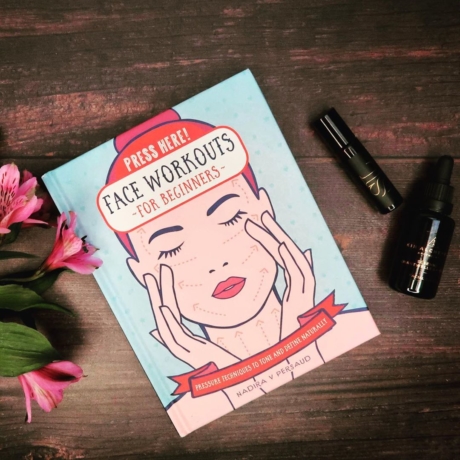 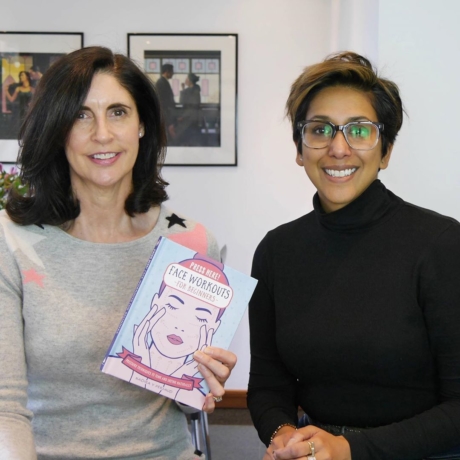 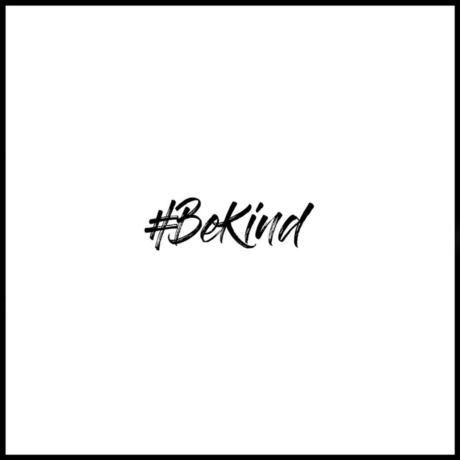 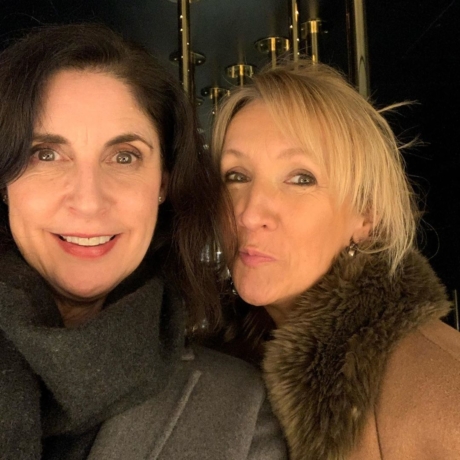 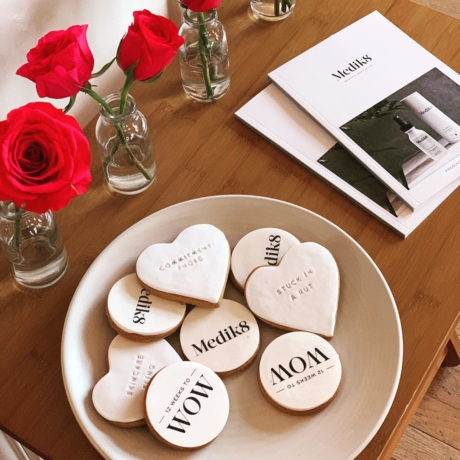 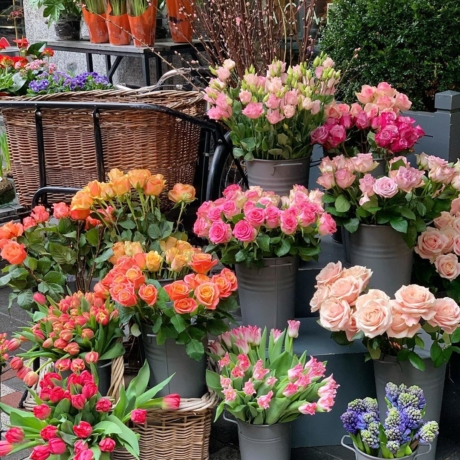