Quite possibly the best vacuum cleaner ever!

I’ve been vacuuming for the past 35 years and I can’t say I have ever enjoyed it – until I tested the new Gtech AirRam Mk2.

I’ve had a small amount of cylinder vacuum cleaners over the years which I’ve lugged up and down the stairs of a house arranged over four floors.  The house is mainly carpeted, but also has limestone, granite and tiled floors and seems to be in constant need of cleaning.

I’ve often thought there has to be a more efficient way to clean the house, a cordless rechargeable vacuum made sense but, I haven’t got around to replacing the battered Sebo K1 Comfort vacuum I’ve had for many years.

I was invited to the launch of the new Gtech AirRam Mk2, a vacuum cleaner that my daughter has been lusting after.  She can tell you about the specification in the same way I would a car.  Cars are exciting but vacuum cleaners, really?

Intrigued, I accepted the invitation and arrived along with journalists from well-known consumer magazines, women’s titles, bloggers and men who knew their uprights from their cylinders.  The presentation was opened by Gtech (Grey Technology) founder Nick Grey with easily the most upbeat video demonstrating a vacuum cleaner I’ve ever seen, think Busby Berkeley meets a pop promo and you won’t be far off.  Nick then handed over to television presenter Dallas Campbell who took us through the mechanics of the AirRam and gave a very impressive demonstration of assembling it in only 10 seconds! 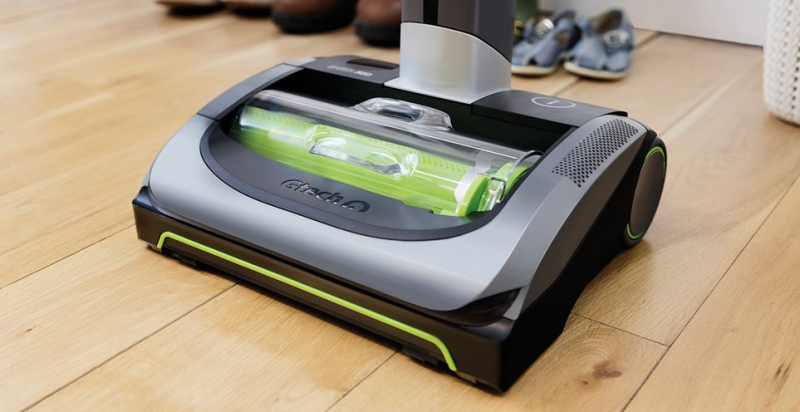 One of the fundamental differences between the Gtech AirRam and a conventional vacuum cleaner is that dirt doesn’t have to travel far from the floor to the waste storage.  Rather than travelling along a pipe which can easily clog causing the vacuum to lose suction, the AirRam’s clever dirt collection system sits directly above the carpet.  Once collected, the dirt is compressed into a capsule in the head of the vacuum which can be easily removed and the dirt ejected directly into the bin.  This removes the need for costly vacuum bags.

Add to this, the AirRam is incredibly light, weighing only 3.5kg (7.7lbs).  It glides over the floor, steers easily around furniture, and its low profile makes it easy to slip under furniture.  And absolutely best of all, it’s rechargeable and cordless.

How easy is the Gtech AirRam Mk2 to use?

Assembling the AirRam Mk2 is simple and intuitive; although there is a comprehensive manual enclosed in the box you are unlikely to need it.  Slot the parts together, charge up and you’re ready to go.

The AirRam Mk2 has changed the way I approach vacuuming.  Instead of waiting until I ‘do the housework’ the AirRam has been used on a daily basis.  Being so lightweight and unobtrusive I can easily carry it upstairs whenever it’s needed and the kitchen floor has been tackled every day.  The result has been a much tidier and cleaner house.

Can the Gtech AirRam Mk2 completely replace your vacuum cleaner?

The Gtech AirRam Mk2 is the perfect vacuum for cleaning carpets and solid floors, so, if you live in a flat this is probably all you need.  If you live in a house with stairs you are going to also need the Gtech Multi, the perfect partner to the Gtech AirRam.  This clever device has all the attachments you need to tackle stairs, curtains, sofas and your car.  Remember to factor in this cost when deciding which vacuum to buy.

Is the Gtech AirRam Mk2 worth the money? 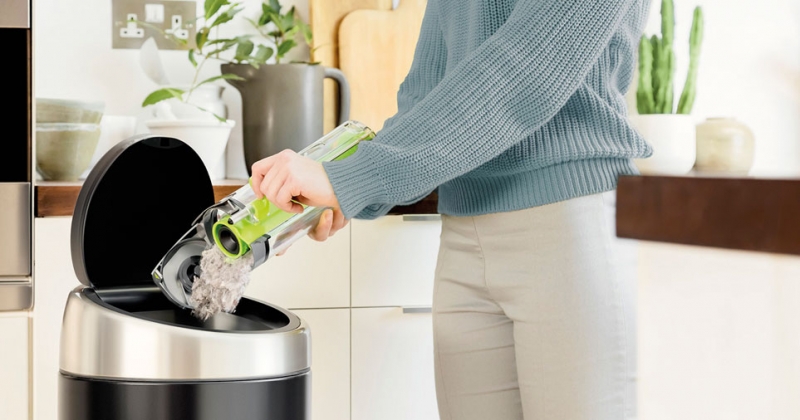 Having put this product to the test I would definitely replace my cylinder vacuum cleaner with the AirRam Mk2.  Quirky features like the headlights which I didn’t think I needed are in fact extremely useful when getting into corners and under the bath and sofas.  The way the dirt collects in the cylinder, and how much is actually collected, is strangely satisfying.  Emptying the tubular dirt bale is probably one of the most rewarding results of vacuuming the house.  Obviously the carpet looks cleaner, but the satisfaction of ejecting large quantities of dirt into the bin can’t be beaten.

I can clean the entire house twice on one charge or use the AirRam occasionally for at least a week before needing to recharge.  The battery pack slips out of the vacuum body so it can be charged anywhere in the house, and due to the efficient countdown system you never forget to recharge. 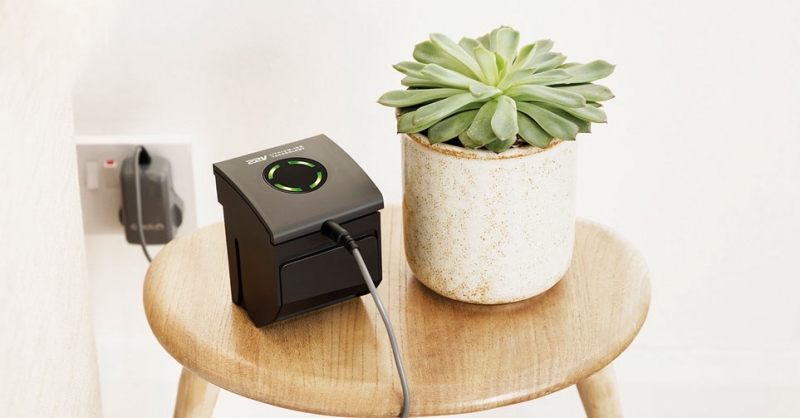 Now the technical stuff, Gtech has a patented AirLOC system which means the new AirRam Mk2 can easily pick up larger objects and traps them so they can’t escape.  The AirRam Mk2 is powered by a professional grade 22V Lithium-ion battery which when fully charged will give you 40 minutes running time.  A 4-stage LED display means you can keep track of how much battery power you have.  The filters on the AirRam are all washable and the brush can easily be slipped out to remove hair.

If you have a pet you may want to consider the AirRam Mk2 K9.

Where can I get a Gtech AirRam Mk2?

The AirRam Mk2 is delivered directly from Gtech to all UK addresses completely free of charge.  You get a 2 year guarantee and also a 30 day guarantee that if you are not completely satisfied with your vacuum, Gtech will replace it, or refund you.

Thinking of changing your vacuum?  Then upgrade to the Gtech AirRam Mk2