When Edith Moore’s husband dies after 30 years incapacitated by a stroke, the 83-year-old reflects on a life lost to caring for her husband.  Edie, played by Sheila Hancock, rebels against her daughter’s wishes to relocate her to a retirement home.  While sorting through memorabilia an old memory is stirred inspiring Edie to capture a moment lost in time.

The dream of climbing Suilven, a mountain in the Scottish Highlands, is rekindled after Edie comes across a postcard from her father.  Embittered by the injustice of a lifetime as a carer, Edie sets out to conquer more than just her mountain.

The film explores the role of mother and daughter and how the tables turn.  The subject of duty and responsibility and whether one should put your dreams on hold while caring for others.  In a strike for independence, Edie sets out for Scotland and to prove to herself that it’s never too late, life is for living regardless of age. 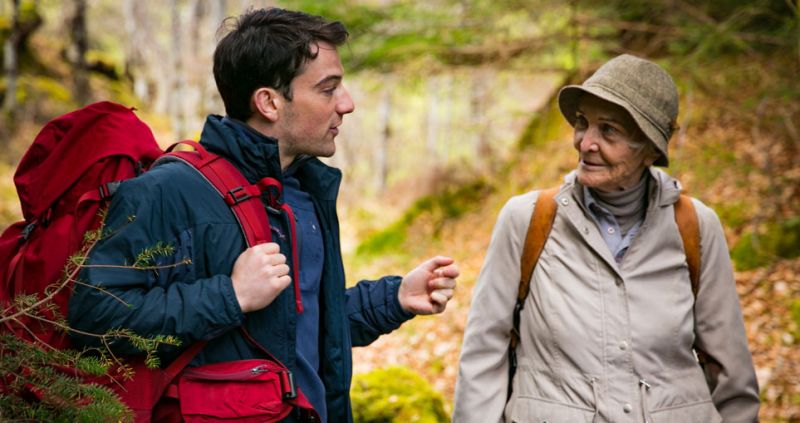 A chance meeting with Jonny, who happens to run a camping store near Suilven, sees him employed to guide Edie in her quest to climb the mountain.

Although the film is a little too predictable, the relationship between Jonny, played by Kevin Guthrie, and Edie, grows from one of mild amusement at a woman in her eighties wanting to climb a mountain, to one of admiration and affection when she does. 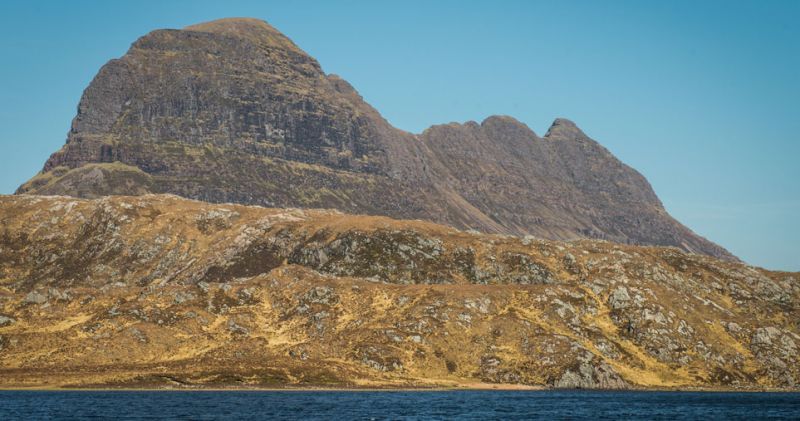 The tight cast is most definitely lead by BAFTA nominated Hancock, who isn’t actually likeable in the role of Edie.  There’s no sweet little elderly woman about Edie.  Thankfully the writers left sentimentality out of the script.  Whether you like Edie or not, you can’t help admiring a woman in her eighties who is determined enough to train and climb a mountain.  Sheila Hancock was as determined as Edie to climb the mountain herself.  She is completely believable in the role and proves there’s still a lot to live for in later life.

The film touches on all the difficulties of getting older, the humiliation, frustration, and also the freedom.  It’s inspiring and thought provoking and reminds us all not to waste time, to overcome our fears, to embrace new challenges and make new friendships.

Edie proves that you are never too old to live your dreams!

Edie is in cinemas across the country from 25th May 2018

There is also an official companion booklet available HERE