Ari Seth Cohen adored his grandmothers, their style and elegance gave him an appreciation of older women and the desire to show the world just how exquisite and interesting they are.

It was Ari’s grandma Bluma who inspired him to move to New York with the promise that “everything creative is happening there”.  Ari saw creativity on the streets of New York, ladies and gentlemen beautifully dressed, still wearing hats and gloves and displaying an elegant sense of style from a bygone era.  Ari started to capture images of these wonderful men and women who had their own unique sense of style.  The blog, Advanced Style, was created to share these images and it instantly became a hit, not only in the United States but throughout the world. 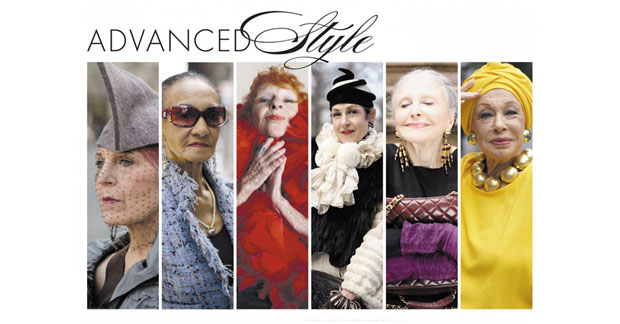 The more Ari photographed these exquisite characters for the blog the more it became a celebration of life, a rich tapestry of women challenging the perceptions of ageing, who were as vibrant and colourful now as they were in their youth.  They were expressing their personalities through personal style and creativity.  The blog inspired a book of the same name, where Ari captured the women’s unique sense of self-expression, but there was so much more to these women than looks alone.  Ari wanted to capture their spirit and share it with others, he wanted their zest for life, their optimism and determination to be shown, and as he spent more time with these women it became clear that he could create an inspirational and uplifting film.

Together with director Lina Plioplyte, Ari set about documenting the lives of seven New Yorkers aged between 62-95, showing their unique style and joie de vivre.  The film captures the very essence of Advanced Style; it shows the personality of each of these women and explains in their own words why style is so important to them. 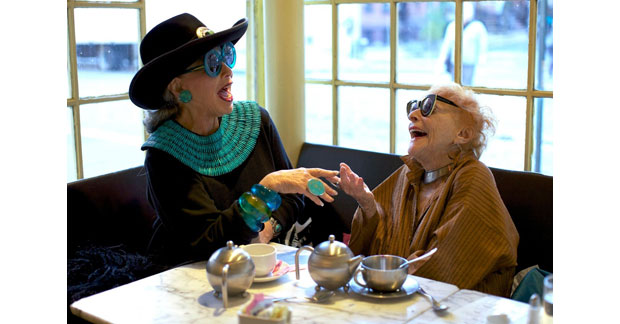 At the European premiere in London on May 6th, five of these formidable ladies graced the stage following the film for a feisty question and answer session.  Their commitment to looking good was very much a part of their youthful demeanour, their grace, elegance, and posture was something to aspire to, their positivity and determination to enjoy life was infectious.

Ari and Lina have created the most uplifting film, showing how wonderful ageing can be.  That growing older means growing in wisdom – that older women can still be as vital as younger women – and that style never goes out of fashion. 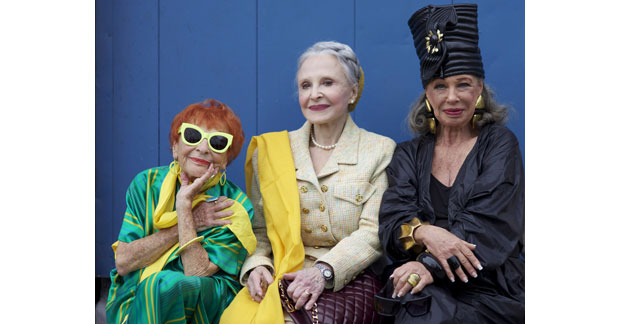 These women are pioneers; they are an inspiration to all women, but especially to middle aged women who claim to be invisible.  These women show that being visible is a matter of choice.

Advanced Style is on release from 9th May.  The full list of cinemas showing the film can be found here.

If you can’t get to see the film (which you really should as it’s so good) you can buy the DVD from Amazon £4.99

The book, Advanced Style is a joy, the images capture the spirit and style of these extraordinary women, it’s available in hardback from Amazon £20.99